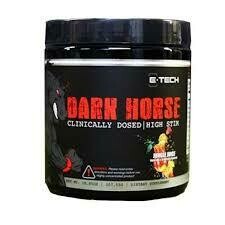 DMHA carries out a variety of similar functions to other psychoactive central nervous system stimulants, including enhancing energy levels, enhancing cognitive function, decreasing appetite and improving bronchodilation. DMHA has also been shown to increase levels of dopamine and noradrenaline; two hormones responsible for making you “feel good” and allowing you to perform in stressful situations.

In addition, users of DMHA have reported a higher pain threshold and a decreased rate of perceived exertion, thus allowing workouts to extend beyond the point of fatigue. The combination of effects experienced when using DMHA provide the ultimate support for workouts, hence its increased inclusion in a variety of performance based supplements on the market.

To take advantage of the performance enhancing properties of DMHA, it is best used approximately 15-30 minutes prior to working out. Alternatively, if used predominantly for its appetite suppressant properties, DMHA can be used during the day between meals. However, we recommend taking caution if using this ingredient late in the afternoon or early evening, as it has the potential to hinder your ability to sleep.

DMHA begins to work as soon as it is absorbed into the blood stream, which will occur approximately 15-30 after consumption, depending on if it is taken on an empty of full stomach. You will notice a heightened level of mental focus, increased energy and a reduction in appetite, as well as an increased feeling of wellbeing and motivation

DMHA, also commonly known as Octodrine and scientifically named Dimethylhexylamine or 2-aminoisoheptane, is a psychoactive central nervous system stimulant with a similar molecular structure to a number of illegal stimulants including AMP Citrate (DMBA), Ephedrine, and the ever popular DMAA. Structurally, there are 2 forms of DMHA as follows:

Save this product for later